Admittedly however, for the sake of the world it lives within,​
the "self" must first start restoring it's own peace if it has been disturbed.
Music & Lyrics from
'Iron Hand' at bottom ****
To emerge victorious from this latter battle, it is commanded of us to deny the self's emotions and renounce any
"temptations" of rancor or malice, least of all act upon them.  Furthermore it is commanded "thy will" be done---
and of course, "thy will" is agape love.  As a verb, this love demands the proper action beyond "self will"​ to do no harm,        maintaining peace for the sake of fellowmen---"not rendering evil-for-evil", but admonishing even thoughts of it.

However, denying "self will" for "agape will" (unconditional love for humankind by denying oneself) demands far more
strength than lifting 1000 pounds!  Otherwise said---one's own "self will" is easier to respond to, just following where
one's 'emotions & feelings & pride' lead.  However, it requires incredible strength to counter one's 'emotions &
feelings & pride'.  Actually, it seems like an impossible feat when fighting one's own will---hence, it is a battle in the              truest sense!

But here's the rub!--
As long as one responds & acts upon the "self will" (and there is no control of it's 'emotions & feelings & pride'), the
"heart & soul" remain at the "self will's" mercy and enslaved by it.  There are only one-of-two roads that the "heart &            soul" can ever take in this world when such evil is perpetrated upon them.  They can succumb to the "self will" and
be at the mercy of the self's 'emotions & feelings & pride'.  But this road descends into a shrunken self-world of anger,          resentment, hatred, angst and/or fear----

----OR the "heart & soul" can pray to rise above the "self will" which requires much, much, much more patience and
very, very, very difficult work.  But with perseverance, humility and time, the "heart & soul" do become released
from slavery to the tenaciously stubborn "self will"!   And "true freedom" is the reward for a successful battle
with "agape will" against the imprisoning "self will".

When "true freedom" is finally won, this freedom is manifested as profound peace.  And this peace eventually
reemerges in the heart with no ill-will for the world around it.  The reward  for conquering the "self will" is a
free-peaceful-forgiving-heart.  In other words---peace is regained in the "forgiving heart".

Additionally, such a "war" as this requires additional fortitude to
acknowledge that one's previous reality was an illusion--and even more
fortitude to reconstruct a new superior one.  In default, the new perspec-
tive views hope and trust beyond mankind and it's foolishness.  Eventually
humans look comical wallowing in their own folly---a successful survival
hinges on recognizing the pity and humor of it all.

When confidence & trust in the outside world becomes shaken, by default
one's faith is tested to it's limit.  During the time the old perspective is
being abolished and the new one is being established, survival becomes
like flying "on-a-wing-and-a-prayer".  But with time, the new superior
perspective enables one's confidence to grow by leaps and bounds.

Paradoxically, peace eventually prevails and grows stronger here also.  In other words---
peace is regained with the "outside world".  However, this time it is a much deeper peace
accompanied by an enlightened and heightened insight, perception and discernment of it all.

Finally--Once one clearly sees humankind from this new vantage point, it
becomes easier to have compassionate forgiveness for all persons involved.
​
After all--How can one take seriously anyone who needs to control everyone and
everything around them, but is not strong enough to control their own thoughts, words & actions?

AND--How can one take seriously and not forgive those who don't know,
and aren't capable of doing, any better? 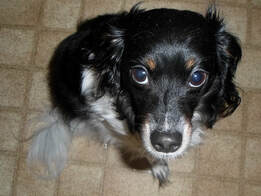 © Copyright 2022.  All Rights Reserved by Carol Lee Skerpan, DMD
© Images in this website are protected by copyright & may not be downloaded,
republished, retransmitted, reproduced or otherwise used as a stand-alone file.
UA-112758750-1